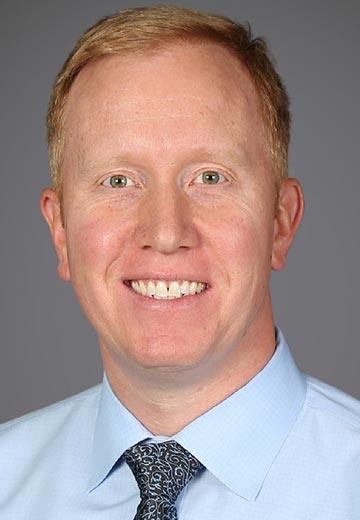 Dr. Carlson was raised in Stillwater, Minnesota where he graduated high school as valedictorian. He attended St. Olaf College and graduated summa-cum-laude. While at St. Olaf, he competed in Division 1 Nordic Skiing, becoming an Academic All-American. He then went on to medical school at the University of Minnesota. While in medical school, he continued to ski, competing in the Norwegian Skarveremet and the American Birkebeiner, where he placed as high as 3rd overall in the classic race.

At the end of his medical school training, Dr. Carlson was granted a scholarship to train with Drs. Leiv Hove and Ove Furnes in orthopedics at the Universitetsykehus in Bergen, Norway. He completed his orthopedic training at Albany Medical Center in Albany, NY, which was at the time the busiest orthopedic trauma center in the state of New York.

Dr. Carlson is a partner with Chippewa Valley Orthopedics and Sports Medicine based in Eau Claire, Wisconsin. He joined the group in 2010. He sees patients at his offices in Eau Claire and Chippewa Falls and also sees patients in Stanley and Hayward, Wisconsin regularly. He is a physician owner of OakLeaf Surgical Hospital in Eau Claire and also operates at other area hospitals frequently. He continues to ski competitively across the country and also enjoys hunting, fishing, hiking, canoeing, and spending time with his wife and four young boys.